We live somewhat close to the runway where the SIL plane flies from.  It’s quite comforting for me to hear aircraft taking off, flying overhead and landing since I grew up close to an Air Force Base.

We arrived at the hangar and everyone was so excited.  They were looking all around, taking in every sight, sound and smell.  One of our colleagues who is a pilot, came out and started the tour.  He did a great job explaining everything in an exciting way.  The kids were so thrilled they got to touch a plane.  The last plane to look at during the day allowed for the kids to climb up and sit in the cockpit, even turn the yoke.  They were on cloud 9.  Their smiles and joyful giggles were a wonderful sight and sound.  As the pilot was explaining how the wings worked, Junior was studying it closely and even put his arms out to his sides trying to imitate the motions.  Another pilot gave the kids a gift of coloring sheets, colors, a juice box of sorts (here they are sold in bags) and an individual serving can of chips that are like Pringles.  The kids were so excited and chatted all the way home about their time. 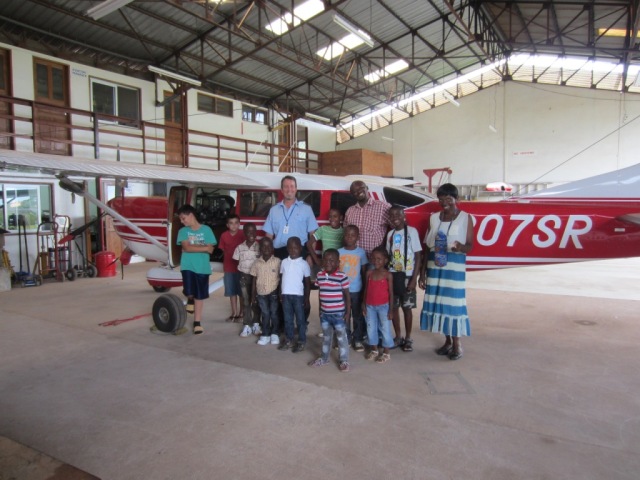 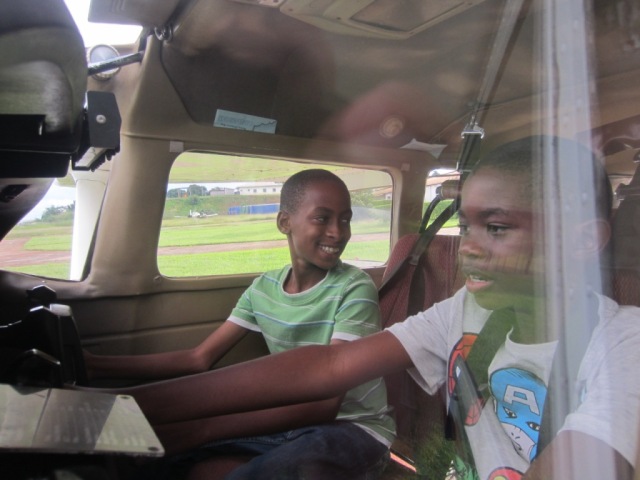 Pictured above: right is Junior, left is Geovanni.  Future pilots? 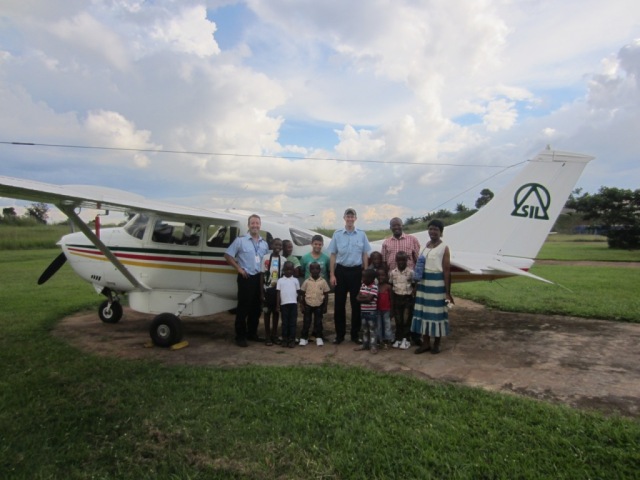 This entry was posted in Cameroon, Kids and tagged Cameroon, hangar, Kids, planes. Bookmark the permalink.

3 Responses to Avion Part One