When we lived in Cameroon our electricity would shut off randomly – sometimes for a short amount of time and other times for 24+ hours.  We always kept candles, matches and flashlights stationed throughout the house.  When the electricity would go off, we would usually play Would You Rather or Apples to Apples.  Both don’t require much light in order to play the game.

Last night Joshua said he missed playing Apples to Apples.  It feels weird to play the game with lights on, so we decided to play it Cameroonian-style, in the dark.  We turned off our lights, lit a candle and played the game.  It was nice that after the game, we could flip the switch and the lights were back on – not the case while living in Cameroon. 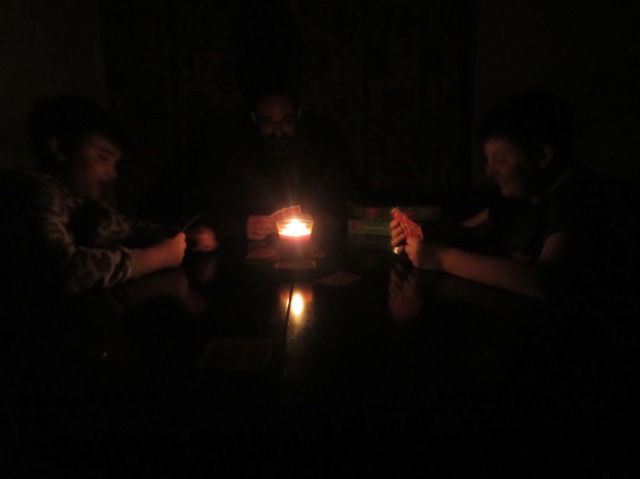 This entry was posted in Cameroon, home, Kids and tagged Cameroon, dark, games. Bookmark the permalink.

3 Responses to By Candlelight