Friday night we decided to go to Wal-Mart in Harrisonville to pick up a few items.  It had been raining throughout the day and with the boys only having half a day at school, we needed to get out of the house.  As we were walking out of Wal-Mart, David’s phone sounded an alarm for bad weather.  It indicated a tornado warning and then the tornado sirens started blaring.  A Wal-Mart employee came to the entry way where we and other families were standing.  She insisted we go to the back of the store along with all other customers and employees.

As we were standing in the back of the store, we were reading about a tornado that touched down about 7 miles north of where we were.

We were thankful when the sirens stopped and the tornado warning had lifted.  We decided to leave Wal-Mart and head home.  As we were driving out of Harrisonville the sirens started blaring again.  We saw a storm chaser van from a local television station.  We didn’t have anywhere to go for cover and knew there wasn’t a tornado warning in Pleasant Hill, so we decided to hit the gas and head home as quickly as possible.

We were thankful to make it home safe and sound.  Merci Seigneur! 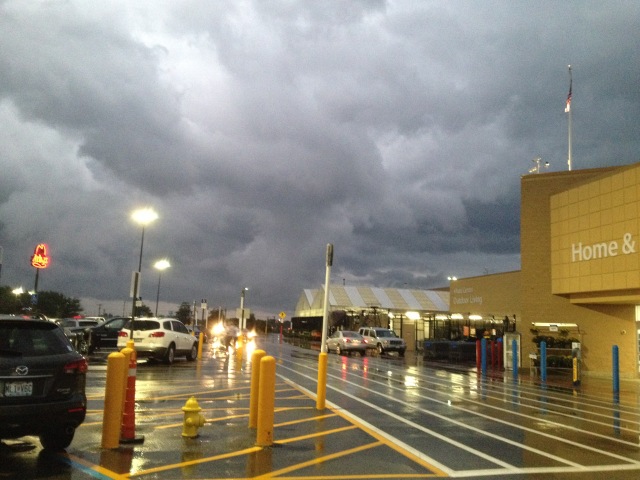 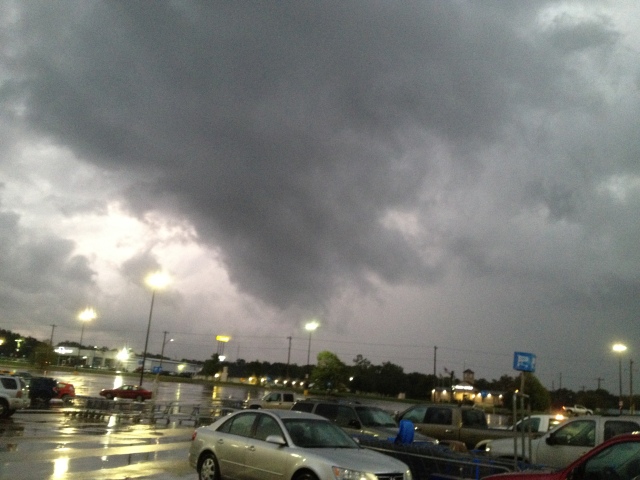 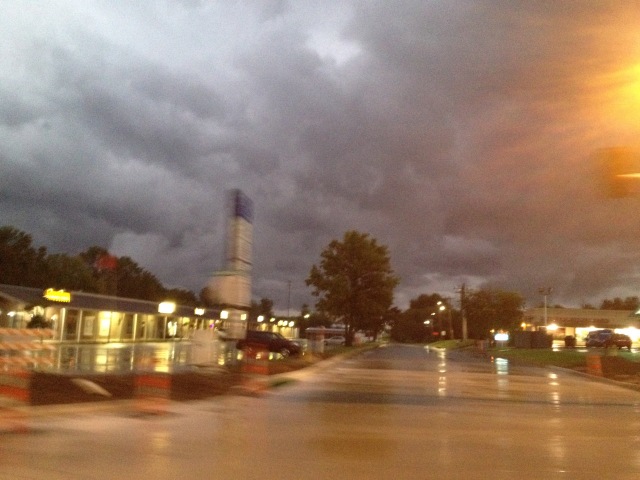 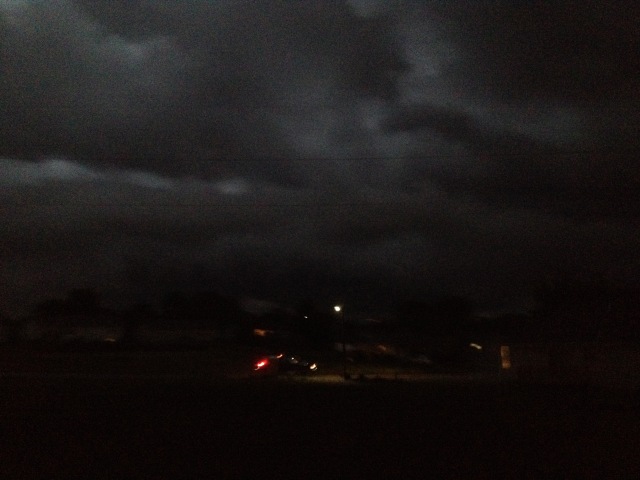 This entry was posted in home and tagged Home, Protection, storms. Bookmark the permalink.