Several weeks ago I saw a banner across the road that advertised the Grand Prix Chantal Biya (she is the First Lady of Cameroon) for the weekend of the 18th-20th of October. So our normal route to church was blocked because it went right by the finish line.

On our way home from church we saw that they had painted directions on the road and the path of this race would be going right by our house. Déjà vous, back in 2010 we were able to watch the Tour de France go right by where we were living. Now today we were able to watch the Grand Prix Chantal Biya go right by our house, we were even closer to the race than we were in France. The biggest difference between France and Cameroon is that here they were actually racing! Although I don’t think that Chantal Biya’s race has quite the same clout as the Tour de France there are racers from many parts of the world racing on the not always so smooth roads of Cameroon.

Also, the last leg of the race started in Bafia, I wonder if they started at the Vous êtes ici where we were just at last weekend. I was able to take a few pictures as they sped by. 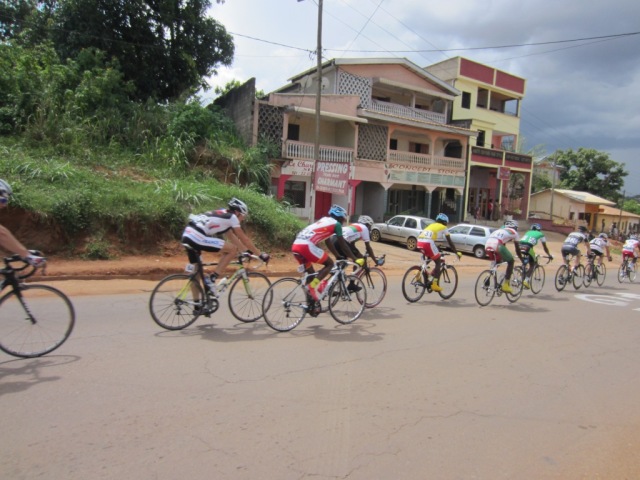