We were given a VCR in December.  Many people have VHS tapes that were part of their collection before DVD’s were popular and these tapes are normally sitting in boxes labeled FREE.  Many of the VHS ribbons are molded and when you look at the ribbon you can see the gray mold covering it.

David brought home some of the free VHS tapes and we were looking them over to discard of the molded tapes.  Jonah asked if he could take the molded tapes outside to play with.  I told him he could.  I was in the house and he was outside playing in the neighborhood and I could hear laughter and enthusiasm coming from outside.  I took the camera with me as I went to see what they were doing for fun with the VHS tapes.  They were tying any kind of lightweight trash item from the ground on one end and holding onto the other end and would throw the weighted end over the power lines.  All the kids were giggling, smiling and had such joy from VHS ribbon. 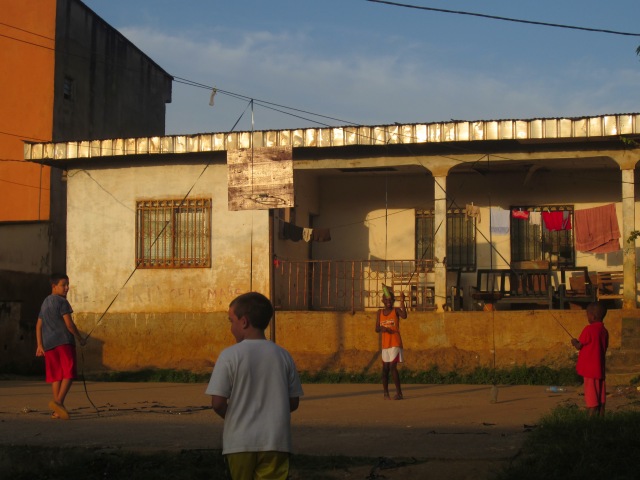