If you’ve reached Intercourse you’ve gone too far, you should have made a right turn at Paradise to get to the Cherry Crest farms. And if you ended up at Blue Ball you went north instead of south. These are the names of the towns that are on the map to get to Cherry Crest farms in Lancaster County Pennsylvania. Yes I know I am a little immature to mention the names of these towns but I couldn’t pass up the opportunity for a little giggle. I know you laughed.

We had some friends from Cameroon that met us in Lancaster.  I climbed the rope in case you didn’t recognize me in the picture above!  While we were exiting the corn maze we ran into a person we met in Orlando, Florida who works in Papua New Guinea with Wycliffe as well – it’s a small world.

If you are in Lancaster County or even several hours away this is a not-to-miss stop. This was the first time I have ever done a corn maze and I’m not sure I would feel comfortable about doing the maze at night with a flashlight, but for the brave ones out there this is an option.  We decided to venture on the intermediate daytime route that had a few clues along the way and we were able to make it through the maze it 44 minutes. The advanced route gives you no clues and can take up to 4 hours to complete.

The boys had a blast jumping on the barnyard jump and racing in the tractor pedal karts. There were 50 plus farm activities to do, but our kids stuck with just a few over and over again. You are permitted to bring your own food but who can pass funnel cake and fresh roasted sweet corn on the cob, the corn is free if you print the coupon from their website. They had a ga-ga pit too,  I guess this sport is officially becoming main stream now that I have seen it in two different locations. 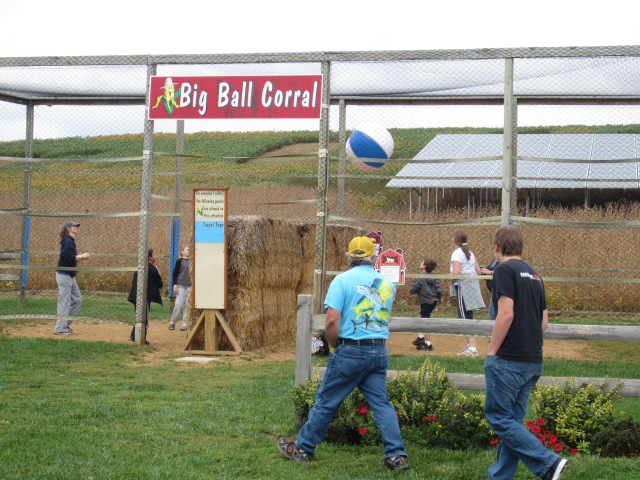 People come out grinning from Ear to Ear – CNN

2 Responses to Passing through Paradise