The first week in November I visited the village of Kon-Yambetta to evaluate the possibility of having some type of internet connection for the Bible Translation Project.  I have an update I would like to share.  Internet connectivity looks like it will become a reality in the next few months in Kon-Yambetta.

After leaving Leo’s house he asked us to go to the mayor’s office. After we met a few people that work in this building, we were introduced to the Mayor who explained that Cameroon was a bilingual country and he was very happy for the work that Leo had been doing (20 + years of working on translating the Bible) and then he asked what we were doing in his town. He asked this in French so I answered in French then he looked at my colleague who I was translating for and he said “We were bringing light into the darkness”, in perfect English. So, I thought to myself, was he talking about the Bible or the Internet? But, I didn’t want to ask for clarification from a man who seemed to like us, so I asked the translator who was with us which one he was referring to and he said the Bible.

I heard last week that the week after our visit the power company came down the road where the mayor’s office is and they now have electricty. So they no longer are sitting in physical darkness anymore either. 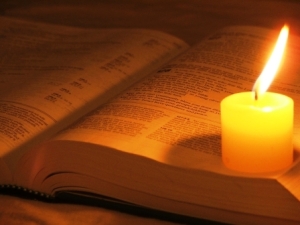 3 Responses to Light to Kon-Yambetta