What time did you say?

We have been in France now for several months and have been blessed with a healthy family but yesterday Jonah starting showing some signs of illness that would require a visit to the doctor. We knew that there was a doctor across the street from our apartment because other families in our school have taken ill children there and they said they were very kind.

DeAnna had the phone number and was calling to setup the rendez-vous (appointment) since there is no such thing as urgent care, if it’s urgent call the ambulance (15 in case you need the number in France & 18 is Fire they don’t have 911) and they will take you to the hospital. It wasn’t that bad and we have learned all the vocabulary necessary to call someone and setup an appointment. The problem was that DeAnna understood everything the person on the telephone said except the time. The receptionist said it fast and hung up. I think they have something in the phone that helps speed up how fast numbers are said. So I was tasked with calling back to find the correct time of the appointment. 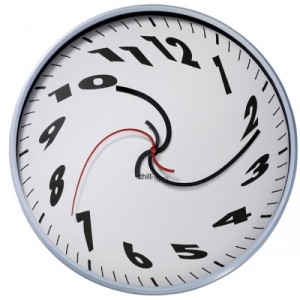 When we were learning to tell time one of our assignments was to go around town and ask people the time so we could practice hearing and comprehending how fast French people say their numbers. I did very well at this so DeAnna thought that I would understand the time. So I called back and used my French to have her repeat the time of Jonah’s appointment. The first number I thought I heard her say was trente and I repeated this and she said non (no) this went on a few more times and I finally asked her to say it lentement (French word for slowly) and in English she said 3 hours and 20 minutes. So I repeated it in French trois heures vingt and she said oui quinze heures vingt, au revoir (good bye). I finally realized our problem was I was thinking 3:20pm and she was thinking 15h20 and I wasn’t thinking past the number 12 since my watch only goes to 12. Jonah made it to his rendez-vous at the correct time!

1 Response to What time did you say?