Last week I left for one week for Maroua in the Extreme-Nord of Cameroon for helping our regional office with some ongoing computer issues. The journey north requires several steps to get there since there is no online booking system to make reservations. The first step is to go down to the train station 2 days before you want to leave to make a reservation. Then the day of travel you go down to the train station once the train has arrived from the night before they will sell you your ticket for that day, but you still have to wait in line. So I headed down to the train station at 7 am in the taxi for a 6pm train departure. Thankfully the train had arrived and they had begun selling the tickets around 8:15 am so I only had to wait 45 minutes or so then I got a taxi and was home by 9:30 am.

I left the house at 4 pm with the luggage to get in line to wait again to get on the train. Luckily I had a Wagon Lit ticket (sleeping car) so there was a special air conditioned waiting area for us. So after waiting for about an hour I boarded the train. Then the train left on schedule at 6:10pm and the journey north began, the train stopped every hour or so for a few minutes to pick up and drop off more people and at some time in the middle of the night the train shook and we sat without moving for a few hours, I just went back to sleep because there wasn’t anything I was going to be able to do about it. They did have 2 meals on the train that you could buy and dinner was a nice chicken diner, but my omelet for breakfast had something interesting in it that it took several bites to realize it was sardines. So after 15 hours on the train it was time to go the bus station.

There was a man selling bus tickets on the train but somehow our train car was missed so off to wait and buy tickets at the Touristic Express bus counter. They don’t actually give you the ticket when you purchase it, or a receipt. They write your name on the ticket and when they sell enough tickets to fill the bus they call everyone’s name that is going to be on that bus and then they give you your ticket and tell you to get on the bus and they leave. Well there were 3 big busses waiting for people when we got there and since we didn’t get our tickets on the bus they called everyone’s name for those busses and they left and we were waiting… and waiting… and 4 hours later another bus pulled into the bus station and they called out our names and we got on the bus.

But, before we left the train/bus station we had to find a person by the name of Majesty, I now have his cell phone number in case you’re ever in Ngaoundéré and need this service, to buy our return train tickets a week later since we would not be there to make the reservations or wait in line the day of our return trip. After paying him the money and giving him a photo copy of our ID, which you need to buy the tickets, we hopped on the bus.

The bus ride across central and northern Cameroon for 8 hours allowed me to see some more of the country side and some of the mountains. The views were very beautiful and quiet, unfortunately the bus drivers choice of music to share with everyone left a loud ring in my ears and since I couldn’t identify the language it was a very long 8 hours in a very cramped seat that had very little comfort.

Finally at 10:30pm the next day we arrived safely in Maroua. 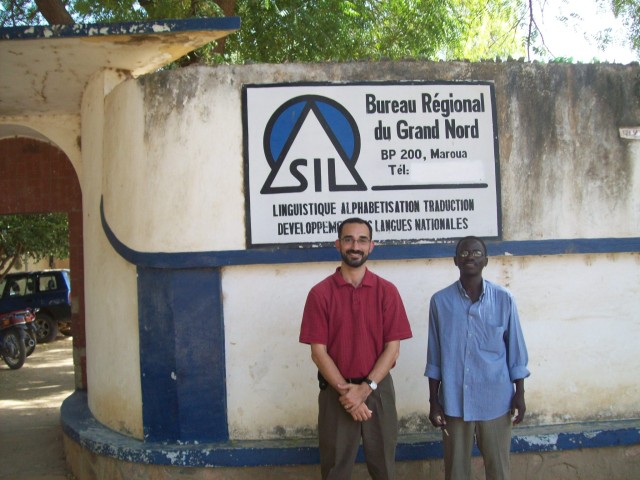