The big race has been marked on our calendar for several weeks and we knew the route that the Tour de France would be taking through Massy. It’s not every day that the Tour de France passes a few blocks from where you are living. The boys have watched it on television for the last few weeks and the anticipation of watching all the bikes zoom by was about to happen. We arrived at the location about 2 hours before the first bicycle passed by us and in less than 60 seconds it was over, at least all the bikes that were still in the race had passed and all the people began to disperse.

We were planning on only arriving slightly in advance of the racers but Team Radio Shack (Lance Armstrong’s team) arrived at the race today wearing black shirts with the number 28 on it, for the 28 million people living with cancer worldwide.  But the ICU (International Cycling Union) did not approve of this idea so they delayed the race until all the riders on Team Radio Shack changed back to their official race shirts. So when Team Radio Shack rode by us today I was surprised that they weren’t wearing the number 28, but I think the delay gave them more news coverage then actually wearing the shirts, since they didn’t win.

This race is 2263 miles, it didn’t start in France and there were 28 racers that started the race that didn’t finish it. The race is over and the streets of Paris were packed to see the racers finish the race. 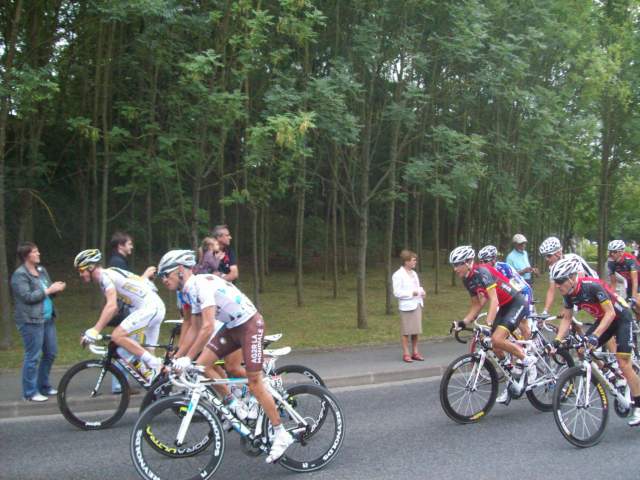 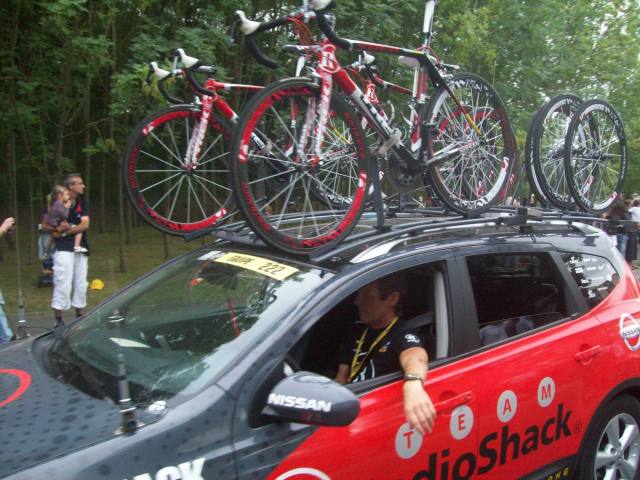 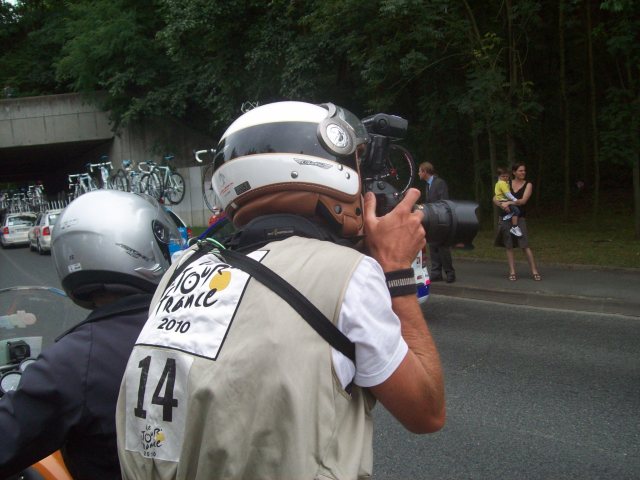